Net zero emissions refers to the full neutralization of emission and absorption of greenhouse gases in a country or a region. This includes both direct and indirect emissions of greenhouse gases. In response to global warming and extreme climactic events, all countries have agreed to set net zero carbon emissions as the newest target for environmental and climate policies. This has become the hottest topic since 2021. Over 130 countries around the world have adopted or announced net zero targets.

In general, carbon reduction can be achieved by either the lowering of carbon intensity in energy generation or by conservation in energy use. The former involves the use of alternative energies with lower carbon emissions. Examples are biomass fuels that come from non-fossil sources and hydrogen fuels, which have been widely discussed of late. The latter is to cut down on energy consumption with effective management techniques and behaviors. It is essentially using less electricity. The most frequently seen approaches are electrification, energy efficiency improvement and smart management, and use cases are to be found in construction, industry and transportation.

Negative carbon refers to the recovery and the processing of carbon emissions. Reforesting is one of the more commonly seen techniques that doesn’t involve overcoming technical barriers. Carbon capture has been introduced recently. Captured carbon can be stored in stable geological formations or recycled to produce new fuels or chemicals.

When it comes to green energy, solar and wind energy remain the top choices for most countries. As long as land, capital and policy support are sufficient, these will still be the major approaches to zero carbon. The dramatic increase of these two variable power sources has contributed to the gradual growth of energy storage applications. These three products have become the central three pillars of the net zero strategy. According to forecasts by the Industry, Science and Technology International Strategy Center, with the post-pandemic economic recovery, the combined market size of the solar, wind and storage industries is expected to reach US$ 331.3 billion in 2021, up by 18.6% from 2020.

It is worth noting that countries with abundant land and natural resources are more able to effectively boost their output of green energy and have fewer hurdles to overcome in the long-term development of renewable energy. However, densely populated countries are not only hard to find sufficient space for renewables, but also demand extremely high power for operating global manufacturing supply chains. It is difficult for these countries to achieve the international requirements for zero carbon just by relying on the deployment of renewable energy.

Not only Taiwan, but also Japan, Korea and Singapore are proactively exploring carbon reduction alternatives under the global pressure for carbon reduction. Renewable energy will continue to play a role, but there will be more investment in a diversity of new energy sources and carbon reduction technologies.

For example, JERA, Japanese largest thermal power generation company jointly established by TEPCO (Tokyo Electric Power Company ) and Chuden (Chubu Electric Power Company), has proposed its carbon neutrality pathway towards 2050. In addition to reinforce efficiency of the existing plants, the company is stepping up the development of offshore wind and the stabilization of renewable energy supply by combining with storage equipment. After 2030, JERA will focus its carbon reduction efforts on mixed combustion of hydrogen-derived ammonia with coal or even pure ammonia combustion. Despite continued investments in renewable energy, there are not many sites available at this stage, and the margin benefits have been decreasing each year. The move to hydrogen also seems inevitable.

Hydrogen trading as a new option for carbon reduction

The net-zero requirement has been accelerating the development of hydrogen energy recently. Japan, Korea and Singapore have become the main buyers of future hydrogen in the international market. These countries are small by land area and have dense populations and hence, limited space for renewable energy deployment. To meet the hydrogen demand from these countries, Australia is utilizing its vast swathes of sparsely populated land and unused coal resources to produce hydrogen for export. The hydrogen trading system is in the making and will become an important option for carbon reduction in the future.

The renewable energy industry in Taiwan has changed from exporting to domestic sales in recent years. Hence, the production value has been growing in line with domestic demand. The solar photovoltaic manufacturers were forced to increase product prices to reflect the rapid rise in the cost of polysilicon in the second half of 2020. This resulted in a strong rebound in materials, solar cells and modules in 2021. However, the overall change to the industry’s production value was limited given the correlation between supply chain prices and shipments.

Supported by government policy, system developers have become the mainstay of Taiwan’s solar photovoltaic industry with production values exceeding that of manufacturers for two consecutive years. Compared to a relatively flat growth in the international wind power generation market in 2021, the continued deployment of offshore wind infrastructure in Taiwan significantly boosted its production value. New product lines of materials for wind turbines and peripheral equipment for offshore wind were the key growth drivers in 2021. Currently, Taiwan’s deployment of solar and wind power is comparable with that of leading nations such as the U.K. and Denmark. It will be difficult for developing countries to keep up with the pace of carbon reduction in the short term, but under the premise of sufficient funds, the long-term development prospects appear bright.

The storage industry in Taiwan has also become a hot topic of development in recent years. In the limited domestic market, business opportunities have emerged with Taipower’s openning up to new energy storage applications. Going forward, leading players such as Delta Electronics, United Renewable Energy and TCC Green Energy need to develop the overseas markets and accumulate sufficient development experience across the supply chain.

In the long run, Taiwan will continue to develop its renewable energy, and both solar and wind generation will post significant growth by 2030. However, it is also necessary to take into account the limit of Taiwan’s own resources and the market differences in each country. Only by careful consideration of the new overseas markets and the new energy technologies can sustainable growth be achieved in the net-zero wave. 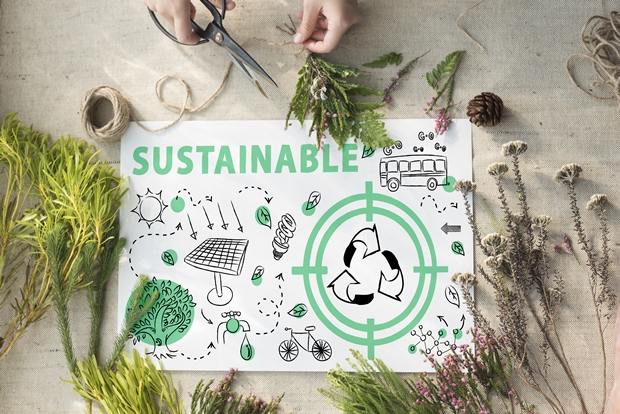