As semiconductor and electronics technologies progress, automakers and suppliers of components and systems are applying more advanced auto electronics technology to car design and manufacturing. This has transformed cars from the enclosed systems of the past to smart cars that are able to communicate with the outside world. The development of smart cars aims to achieve the shared goals of all automakers, namely safety, convenience, comfort and environmental protection.

During the last few years, Google’s autonomous vehicle has successfully completed the challenge of long-haul journeys in Asia and Europe. Bosch has also made advances in driverless car technology. This has enhanced global carmakers’ confidence in autonomous driving technology. It has also contributed to the vibrant development of advanced driver-assistance system (ADAS) technologies. According to forecasts by the Industry, Science and Technology International Strategy Center (ISTI) of ITRI, from 2019 to 2023, the application of artificial intelligence (AI) in autonomous vehicle systems, semi-autonomous vehicle systems, Human interface (HMI) and vehicle tracking technology projects will account for a relatively high market share. As the percentage of autonomous vehicles and electric vehicles continues to increase, the percentage of AI applications devoted to car parking management systems and carbon emissions management systems is declining year by year. AI, as a key technology for autonomous driving, has become increasingly mature during the past few years.

Whilst autonomous driving is the megatrend in auto technology, it is worth noting that 100% driverless capability is not easily achievable. It requires a vehicle to be fitted with many devices and sensors such as cameras, radar, 360° light detection and ranging (LIDAR), navigation systems, map systems, and sufficient computing power. The hardware requires the support of powerful software, to coordinate the information collected by these devices, in order to interpret, compute and make decisions.

The majority of software architecture for autonomous driving is based on deep learning, a type of artificial neural network algorithm. This empowers machines with self-learning capabilities by imitating the structure and functionality of biological neural networks. It is through the process of constant learning that driving skills and driving safety are gradually improved. An autonomous vehicle is likely to encounter cars and pedestrians on the road. The targeted detection of these objects can reduce the complexity of deep learning and enable faster detection rates with the same accuracy.

Meanwhile, the demand for automotive AI semiconductor chips is set to grow significantly as the penetration of ADAS increases and the R&D of higher levels of autonomous driving and robotaxis continues. The rapid market growth has attracted heavyweights such as Nvidia, Qualcomm, Intel, AMD and Google as well as startups aspiring to develop AI chips. This is particularly the case with embedded AI chips. The application of embedded machine learning to Internet-of-Things (IoT) devices can provide many new functions, reduce the volume of data transmission, and integrate low-power wide-area (LPWA) technology. As a result, the battery life of IoT devices can be extended.

The pursuit of autonomous driving is all the rage around the world. However, there are too many unpredictable factors in the real world for driverless cars to become a reality. These include human factors, the weather and road conditions. For instance, autonomous vehicles need to deal with the difficult challenge of adapting to different lighting conditions such as on expressways, highways, open roads and in tunnels and under different weather conditions. In terms of technological development, the integration of deep learning and sensor fusion will improve object identification capabilities in autonomous cars.

The application of deep learning to image recognition is booming, from object classification, object detection, object tracking, and behavioral analysis to response decision-making, leading to higher accuracy and effectiveness. The key technologies in autonomous driving are sensing/positioning, decision-making and control. This is different from the past reliance on computer vision for automobile sensing or the use of traditional digital signal processors for interpreting radar signals. As AI continues to develop pace, it will likely replace the traditional rules-based algorithms used in computer vision and increase the reliability of computational outcomes. This will then be able to be rolled out into other industries.

The U.S., Europe, Japan and Korea all have extensive experience in automotive development. Taiwan, however, has many chip design houses and software studios. The sensing and decision-making systems would be the best entry point into the autonomous driving domain for Taiwan’s industry players. A focus on the sensor fusion of AI chips for ADAS is suggested. 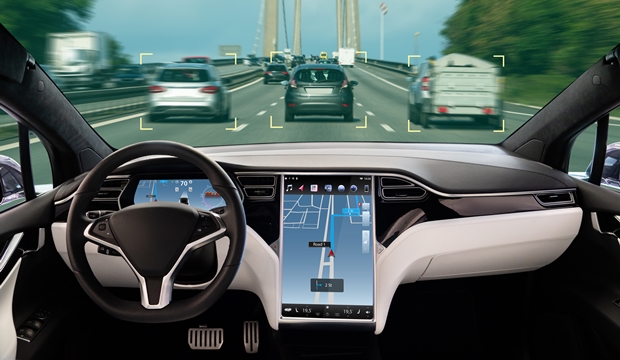