In response to the COVID-19 pandemic, governments around the world imposed lockdowns and movement restrictions on their citizens. The stay-at-home economy emerged as a result and pushed up the demand for consumer electronics products due to home working, online shopping and home entertainment. As displays are an indispensable component of this lifestyle, demand for them has been particularly strong. In 2020, the global display equipment market grew 19% to US$13.52 billion.

In terms of the technology roadmap, LCD displays have entered the maturity stage. Capital expenditures in LCD manufacturing primarily aim to increase capacities and reduce costs. The global demand for large-sized LCD panels has gone up during the pandemic, starting in the second quarter of 2020. Digitimes Research forecasts that the CAGR of large-sized LCD panel production capacity will grow 2.2% per annum between 2020-2025.

After LCD, OLED has been attracting the most investment from leading players. Compared to LCD, OLED offers superior brightness and contrast. The largest market for OLED is in cell phones and other mobile devices, with shipments expected to grow at a CAGR of 3.1% from 2020-2025. The penetration of OLED panels in smart mobile devices is forecast to reach 40% in 2023 and will become the mainstream technology in the market. The capital expenditure in OLED production capacity is projected to rise significantly in 2022, and it is expected that OLED will dominate the display equipment market from 2023.

After OLED, micro-LED is considered the next generation display technology. Manufacturers from Taiwan, China, Japan and South Korea are all jumping on the bandwagon. However, there has yet to be the technology breakthrough necessary for mass production. Before the micro-LED technology comes of age, the interim technology Mini-LED will be the first to make its way onto the market.

Koreans are eating the lunch of Japanese equipment makers

The demand for display equipment rose in 2020 due to the pandemic. However, Japanese makers collectively saw an 18% decline in their topline. Meanwhile, their market share dropped from 40% in 2019 to 27.5% in 2020. Korean materials and equipment suppliers in the upstream are capitalizing on the strength of Korean OLED panel makers, who have 80% of global market share, and are gradually eroding the market presence of Japanese players.

In addition to Japan and Korea, Chinese panel makers have also been investing in advanced generation production lines as the government seeks self-sufficiency for the display industry with the support of a large domestic market. China accounts for more than 80% of the global demand for display equipment. Aside from Korea’s estimated 42% of the OLED equipment demand in 2022, China will remain the main investor driving the demand and trend of the global display equipment market.

Micro-LED will become the mainstream technology

Currently, OLED is considered the mainstream technology for panel makers around the world. Although the OLED market declined due to COVID-19 in 2020, capital expenditure has continued. OLED investments accounted for 65% of the global display equipment market. However, OLED has its constraints. Harsh environments such as outdoors and in-vehicle remain a challenge for OLED, and there are also bottlenecks with the ramping-up of large-sized OLED panel production. This is the reason why micro-LED has been showcased as the ultimate display technology in tradeshows over past few years. Compared to OLED, micro-LED boasts even better brightness, contrast and color gamut. It has better environmental durability and is suitable for use in flexible panels. It can also meet the requirements for see-through panels given its high transparency and brightness.

All the leading players have been developing micro-LED. However, there are still manufacturing process barriers in uniformity control and mass transfer yields for megapixels, tens of megapixels or micron scale levels. Mass production is believed to be two to three years away.

While micro-LED is still in development, mini-LED is emerging as an interim solution by leveraging existing LED production lines and developing LED miniaturization technology. Mini-LED can be used for outdoor sign boards, industrial and automobile panels. It can be grown on flexible substrates and has a long product life. It demonstrates good product reliability and can accommodate special-shaped structures and curved displays. Mini-LED is entering the esports notebook and monitor market where high-quality images are in demand. But Micro-LED products with excellent display characteristics remain the holy grail for all panel makers.

In the global display equipment market, OLED has gradually become the mainstream. Korean panel makers have the lion’s share of the global OLED production capacities. OLED equipment providers are mainly from Japan, the U.S. and South Korea. These equipment makers are active in both displays and semiconductors, and semiconductors is also an industry set to experience another stage of growth. While the critical equipment for micro-LED as the next generation technology and advanced semiconductor packaging is still under development, equipment makers in Taiwan would do well to accelerate their deployment in order to grasp future opportunities in the marketplace as they arise. 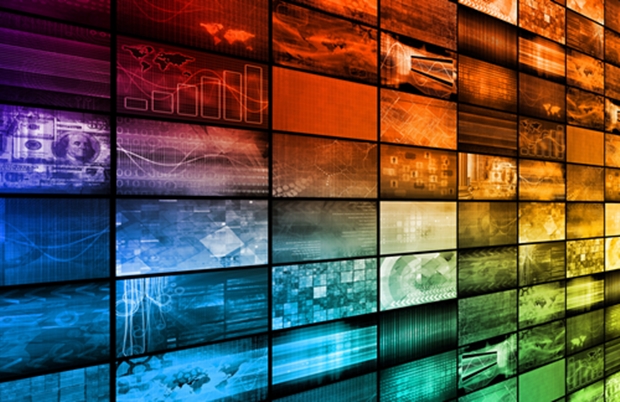