Countries around the world are increasingly taking actions and enhancing their commitment to carbon reduction, in order to achieve net-zero carbon emissions. At the Leaders’ Summit on Climate orchestrated by the U.S. in April 2021, President Biden emphasized that the next decade is critical to climate change. The U.S. intends to reduce GHG emissions to 50%-52% of the 2005 baseline by 2030. China has said its carbon emissions should peak by 2030 and then reach carbon neutrality by 2060. Japan plans to reduce its GHG emissions to 46% of its 2013 levels by 2030.

Compared to other parts of the world, the European Union is one step ahead in its commitment to reducing carbon emissions by extending its carbon emission actions to include international trade rules. In July, the European Commission came up with the “Fit for 55” climate package, a suite of legislative initiatives among which the carbon border adjustment mechanism (CBAM) has attracted the most attention. It is expected to come into force in 2023 and be fully implemented in 2026. Under the CBAM mechanism, manufacturers must purchase CBAM certificates for any products going into the EU market with carbon emissions exceeding the thresholds specified by the European Union. The CBAM pricing is based on the weekly average carbon price on the EU Emissions Trading System (ETS). Products can be exempt if the carbon price has been paid in the exporting country without rebates or the product is exempt from carbon emission charges under the quotas of the European Union.

Whilst the Fit for 55 package is yet to be passed by all 27 member states and the European Parliament, it has triggered extensive discussions and drawn much attention. Industries are keeping a close eye on whether this leads to a chain reaction, with more countries introducing carbon taxes and carbon trading policy tools. The net-zero carbon trend around the world will result in four major changes across the global supply chains:

1. The suppliers that are unable to meet the carbon reduction targets will be squeezed in the international market. To accelerate the achievement of their net-zero carbon target, multinational corporates will increasingly focus on carbon performance in the selection of suppliers. The suppliers in the supply chains of global brands must compete with others on carbon reduction in addition to price and value added. Underperformers will be forced to turn to customers and markets with lower carbon reduction requirements, but these segments may offer lower profitability.

3. Industry leaders hold the advantageous position in the green supply chain. Carbon emissions mostly depend on the type of equipment being used and the design of production lines and factory layouts. The service life of equipment, production lines and factories is often measured in terms of decades. In other words, the carbon emissions of a factory in 2030 is to a large extent determined by equipment purchased and production line upgrades planned before 2020. The earlier the companies start with green transformation, the sooner the benefits of carbon reduction can be realized and the better the position they will be able to secure in the supply chain driving towards net-zero carbon, although this may well be a multi-year process.

4. Buyers will prefer local sourcing or move towards green trade regions with a high degree of freedom. To reduce their carbon footprint, buyers will prioritize local sourcing provided there are suitable local alternatives. Moreover, the protection of national economic benefits will be just as important for different countries as the pursuit of the zero-carbon target. The countries who have a bigger say on zero-carbon issues may set up prevalent green trade rules and open their markets to specific countries and specific tariff-free products through individual trade negotiations. To strengthen their positions in the supply chain, manufacturers may move towards regions with high degrees of freedom on green trade (i.e., with incentives under free trade agreements or a robust low carbon environment).

TSMC and Delta Electronics became aware of the importance of achieving net-zero carbon and started preparations early. However, few Taiwanese companies have yet taken action. In 2017, the Taiwan government launched the Taiwan Renewable Energy Certificate (T-REC) to encourage transactions in green energy. Starting from this year, large corporate users of electricity have been asked to establish 10% renewable energy generation capacities within the next five years. Given the policy momentum, companies should embark on carbon reduction activities as soon as possible, including the development of low carbon production, manufacturing processes and distribution systems. This includes manufacturing procedures improvement or digital management to reduce energy consumption and investment in renewable energies and zero-carbon technologies. Taiwan must be cautious in this green marathon race given its high involvement in the international supply chains. Those who wait and see will eventually have to pay a bigger price to catch up. 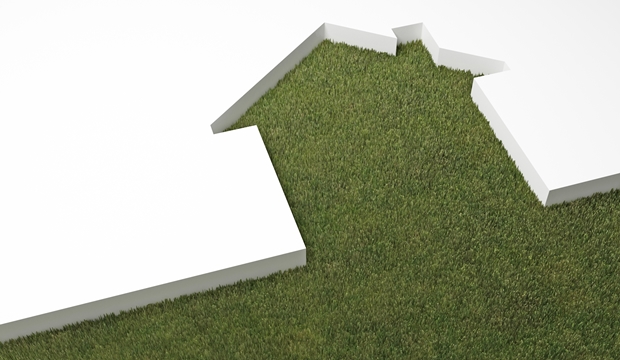